by Barb, in Boothbay Harbor on a gorgeous spring day (finally)

I’ve noticed lately that many of my relationships are defined by technology preferences–both my own and those of the people I communicate with.

I am an e-mail person–pure and simple. I’ve written before on the blog about how much I hate the phone. Phone calls require synchronous communication–both people have to be on at the same time for meaningful information to be transferred–which means it interrupts whatever you are doing when the call happens, and I hate to be interrupted. I accept that this is a personality quirk. I hate sudden changes of plan, too. I have the whatever the opposite of ADD is. Also, I hate that when you’re talking on the phone, you can’t see the other person’s face and judge it for comprehension, attention, acceptance and so on.

So I hate the phone. And unfortunately, that has caused many of my relationships with my phone-preferring friends to drift away. I’ve stayed closest to the distant people in my life who prefer my main mode of communication.

To me, e-mail was a miracle. It doesn’t have to be synchronous and, as a writerly person, I have time to craft my message. The pressure is off in all kinds of ways. When we first got e-mail, there was quite a long period, over a decade, when it could only be used for internal communication at work. It was a huge improvement over copying memos and sticking them in people’s physical mailboxes, and later a great way to communicate with far-flung colleagues. Then, miracle of miracles, e-mail moved outside the company so we could communicate with customers, suppliers, investors. Fantastic! My social use of e-mail increased on a pace with my use of it at work. 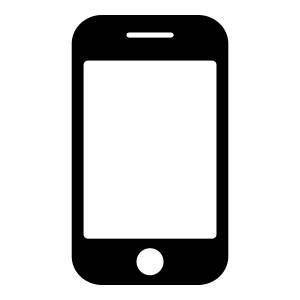 In a final miraculous step, e-mail appeared on my phone. That formerly loathed device. As a Chief Operating Officer at two higher ed technology companies, Customer Support ultimately reported to me. As you can imagine, our busy season was at the start of the fall semester in the northern hemisphere. From early August when many state college systems in the American south went back to work, through the end of September when the UK universities came online, I was virtually chained to my desk. But when I could follow the long e-mail support threads on my phone to monitor what was going on, I could go anywhere and do anything as long as no real emergency was taking place.

Alas, as with all technologies, the world has moved on. I know that if I send an evite to a family event, I have to text all my nieces and nephews to GO LOOK AT YOUR E-MAIL, because they never check it. My son, in his mid-thirties, was complaining that the youngest member of his Dungeons and Dragons group, in his early twenties, has asked that they not communicate about dates and places for games via e-mail because he doesn’t know how to use it.

And the number of ways people reach out is a problem for me. Sometimes I have to search all over, through my Facebook private messages, my Facebook fanpage private messages, Twitter and Instragram direct messages, and my Goodreads mailbox, looking for a message from a fan I know I want to get back to. Don’t get me wrong, I love getting fan mail, but it always puts me in mind of Drew Barrymore’s lament in He’s Just Not That Into You:

I have learned to text a fair amount, though I’m not good at keeping my phone by my side at all times, which my family finds mega-frustrating. I’ll adapt. I’ll learn, but I think I’ll always default to technologies that support my personality and don’t fight it.

Readers: What about you? Do you have a preferred mode of communication? What and why? Do you find it hard to keep in touch with people who have different preferences? Spill it all here.