Since we love to read at least as much as we love to write, the Wickeds have put together a list of beach reads to be shared once a week for the rest of the summer. Here are this week’s recommendations: 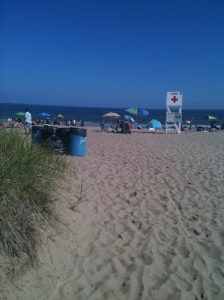 Edith: Death in the Time of Ice by Kaye George

Liz: The One I Left Behind by Jennifer McMahon

Julie: Buried in a Bog by Sheila Connolly

Jessie: The Bat by Jo Nesbo