Jessie: In NH, shivering and finding mid-winter solace in days gone by.

Recently, as I was poking around the internet doing a little research for my work-in-progress, I ran across this article on something called The Great Snow. It was about a series of unusually brutal storms that occurred in New England back in 1717. I never had heard of this historical tidbit and it got me to thinking about the endurance of the New Englanders of the past. So today Wickeds, I wanted to ask each of you to tell us about your favorite historical New England figure, well-known or more obscure.

Liz: I’ve always been a Nathaniel Hawthorne fan. I’m a Salem, Mass. fanatic, and his ancestry is from Salem, including his great-great grandfather who presided over the Salem Witch Trials. I studied The House of the Seven Gables and The Scarlet Letter in college and always enjoyed his dark style and the depths of his themes. 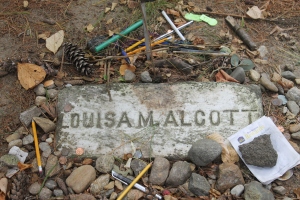 Sherry: Liz, Nathaniel Hawthorne is a favorite of mine too but more from his time spent in Concord. When I first heard we were thinking about this topic I couldn’t decide between Nathaniel, Paul Revere, and Louisa May Alcott. I settled on Louisa. While we lived in Bedford, Massachusetts I took all of our visitors to tour Orchard House in Concord. It’s where Louisa wrote Little Women (originally published as Part One and Part Two). She wrote from a desk her father built for her in her bedroom. If you are ever in the Concord area don’t miss touring the Orchard House. Louisa’s story is fascinating beyond her writing too. 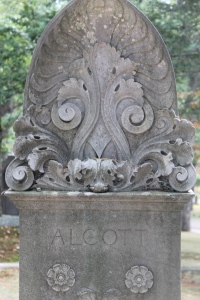 She’s buried in Sleepy Hollow Cemetery in Concord, MA. On Authors Ridge in her family plot. A peaceful place to visit and you can also visit Nathaniel, Thoreau, and Ralph Waldo Emerson.

Jessie: One of my favorites is Sarah Orne Jewett. She was raised in South Berwick, Maine, a little over twenty miles from my home. I love the way she was interested in celebrating the lives of everyday people in rural Maine. Her work showed common folk with real affection and she had a knack for creating strong female characters.

Edith: The more I learn about John Greenleaf Whittier for my historical mysteries, the more I 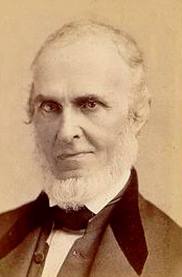 like him. He was an ardent abolitionist and had his life threatened for his views. He had a twinkle in his eye and loved children – he wrote a poem about the tea party he and Celia Thaxter attended that was hosted by a six year old girl. And he was on the building committee for the same Friends Meetinghouse where I go and sit in silent expectant waiting on First Day. He wasn’t above poking fun at authority, he strongly supported the local library, and he had a back exit built into his study in his home (a couple of blocks from my own house) that he could duck out of if he spied an unwelcome visitor coming up the walk. What’s not to like?

Barb: Yes, Jessie, and what about the Year Without Summer in 1816? Because of a volcanic eruption in Indonesia throwing dust into the atmosphere, there was a hard frost in every month of the year, including June, July and August and a major snow June 6th after crops had already been planted. Crops failed and what food there was expensive and hard to come by.

I had a hard time with the assignment. New England offers so many people to choose from. The Pilgrims in their tiny boat. The heroes of the American Revolution. But I finally settled on Harriet Beecher Stowe. It’s apparently apocryphal that when Lincoln met her, he said, “So you’re the little woman who started this great war,” but it is unarguable that Uncle Tom’s Cabin galvanized public opinion. It was the bestselling novel of the 19th century and the second bestselling book, after the Bible. The book was not then, nor is it now, without its detractors, including James Baldwin who was among the first to condemn its stereotypes. On the other hand, Henry Louis Gates, Jr. has more recently been a leader in its re-examination. Any book with that kind of impact will be widely debated over time. What tipped me, finally, into choosing Ms. Stowe, was her demonstration of the power of story to change the conversation and even to move history.

Readers, do you have a favorite figure from history?