by Barb, still recovering from her knee replacement, but getting stronger everyday

Hi. Barb here and today I want to talk about that point where plot and character meet–where it becomes apparent to your sleuth that he or she is the only one who can solve the mystery, bring the guilty to justice, or even, save the world (if you’re writing a thriller.)

I’m talking about the Very Good Reason (or VGR).

I first heard about the Very Good Reason in a course taught by writer, editor and teacher extraordinaire, Ramona DeFelice Long. For the amateur sleuth, the Very Good Reason is why she gets proactively involved in (and not just caught up in) the investigation. For a thriller with an everyman or everywoman protagonist, the Very Good Reason is the reason they don’t just call the FBI, the CIA, the Pentagon, etc and be done with it. After all, that’s what almost any normal human would do. Why does your protagonist dig in instead of running in the other direction as quickly as possible? 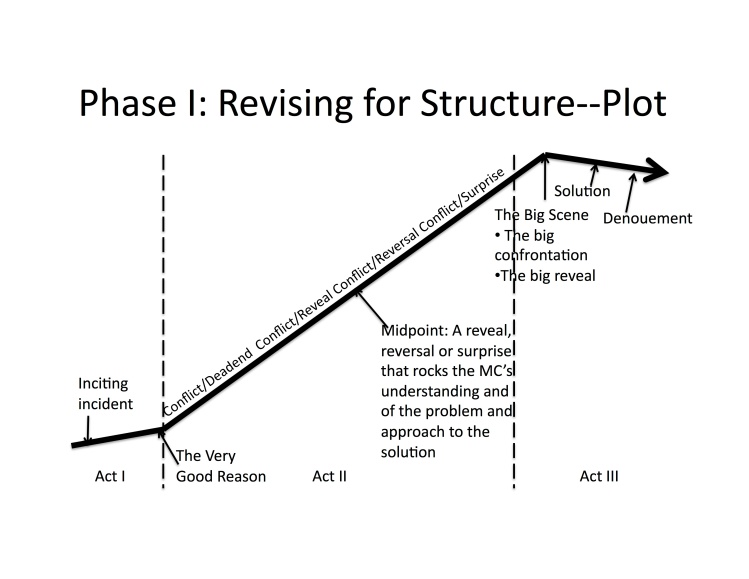 It took me awhile to understand how vitally important the VGR is. The VGR is what flips your protagonist from passive to active. If your character is driving the investigation, they are also driving the narrative. They have goals in every scene. The reader straps himself in to go on the ride.

Can you write an amateur sleuth without a VGR? I have seen it done, where the sleuth is wandering around, overhearing stuff, learning things because she’s a part of the community and the professionals aren’t, and then she puts it all together at the end. But it’s hard to do well. Very, very hard. Because an aimless protagonist is usually going to result in an aimless narrative.

The above VGRs are often coupled an incompetent professional force. The bumbling country police. The arrogant FBI man with his own agenda. I don’t love these kinds of solutions unless they’re deeper and more interesting than that. I try to have my professionals work their own perfectly reasonable theory of the case, which may or may not happen to be the right one. And they may be hamstrung by laws and procedures that don’t fetter our amateur.

Finding the VGR is a huge challenge for people who write a long-running series. By the time the protagonist is done, everyone she knows may have been a victim or a suspect. I do think, as time and books go on, the author does get a bit of a gimme. If your sleuth has been involved in many investigations, she develops a reputation and people begin to proactively seek her help. Of course, there has to be a VGR she says yes to these requests. 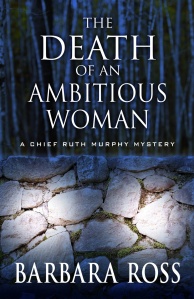 Does a professional need a VGR–a cop, an FBI agent, a spy? I think yes, but it’s different. My first mystery, The Death of an Ambitious Woman, featured a female police chief. She pursued the mysterious death of female executive relentlessly, over the objections of her mayor, her district attorney and some of the men on her force. While I was writing the book, early readers kept asking me, “Why does she do this?” I kept saying, “Because it’s her job.” And they kept saying, “That’s not enough.” Which always caused me to wonder, how do you do your job?

But of course, they were correct. Which I realized eventually. I needed a Very Good Reason. And that’s what made the book.

They only difference is, with a professional, you may not reveal the VGR early on, but rather dribble it out over the course of the book and bring it home during the climax. For professionals, I think of it this way. Of all the bar stories in your repertoire, why are you telling this one? Probably because it made a personal connection.

Understanding the VGR has truly helped me as a mystery writer. Of course, coming up with the right one for each book is still a huge challenge.

Readers, what do you think? Is the VGR important?