Our month of giveaways continues! Today, our guest Ellen Byron offers up a copy of her new book, Body on the Bayou the second  in the Cajun Country Mystery series and some swag!

When Plantation Shudders, the first in my Cajun Country Mystery series, 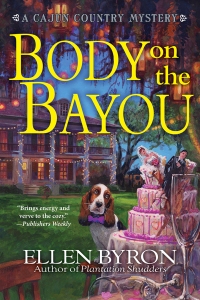 was published, I figured promoting it meant some blog posts, a few Facebook updates, and the occasional tweet. Boy, was I wrong. There is so much more to do than that, and the last year has been one learning experience after another, tears followed by triumph… and then followed by tears again. But as I now hit the computer to promote Body on the Bayou, the second book in my series, I proudly share five of the skills I’ve managed to conquer. 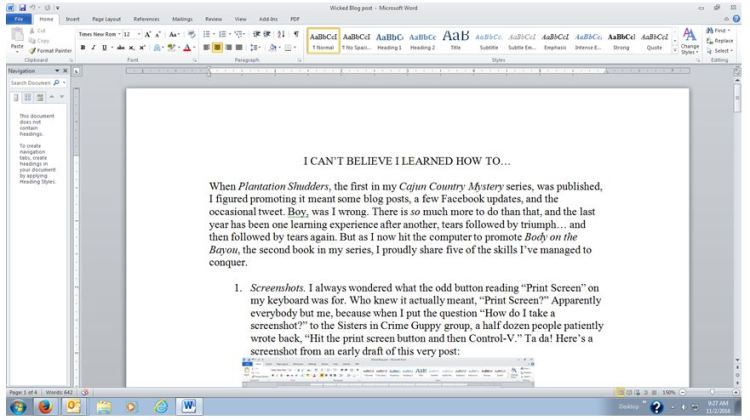 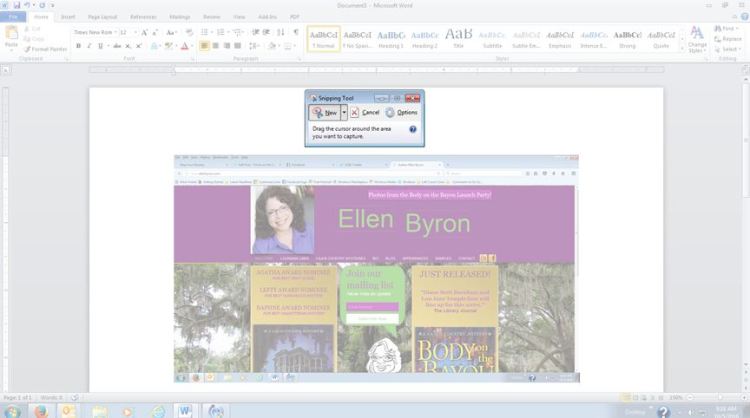 These are just a few of the skills I’ve picked up in my publishing journey. I’ve also created newsletters and sponsored contests. With some assistance from my teenager – this is where those impossible creatures come in handy – I’ve made bookmarks, business cards, and brochures. (Vistaprint and GotPrint are my new BFFs.) But perhaps the important task I’ve conquered is number five…

Two years ago, I won a basket at a school silent auction that included a fancy electric wine

bottle opener. I’m embarrassed to admit I was too intimidated to use it. But when I discovered I’d left my manual opener at my recent book launch party, I panicked. Then I decided that if I could master the above steps 1-4, I could figure out how to use an electric wine bottle opener. Success!

And thank goodness, because nothing says “Man, do I need a glass of wine” like a battle with any of those previously mentioned skills.

Readers, what computer skill – or skills – have you mastered?

BIO: Ellen’s debut novel, Plantation Shudders, made the USA Today Bestsellers list, and was nominated for Agatha, Lefty, and Daphne awards. The second book in her Cajun Country Mystery Series, Body on the Bayou, offers “everything a cozy reader could want,” according to Publishers Weekly, while the Library Journal says, “Diane Mott ­Davidson and Lou Jane Temple fans will line up for this series.” A TV veteran, Ellen has written for many hit sitcoms, including Wings and Just Shoot Me.