Edith here, so pleased to welcome the talented and prolific Catriona McPherson back to 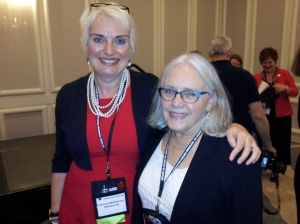 the blog! She’s got a new Dandy Gilver out, The Reek of Red Herrings, which I can’t wait to read, and she’s telling us how she came up with the story today. Plus she offers a chance at a fabulous giveway and a free short story.

Take it away, Catriona.

I never meant to write a Christmas book, but I’ve done it twice now. The first time I wanted to set a story at my detective’s country home in the back end of nowhere and I wanted to write about a circus. But why would a circus come to such an isolated patch? Well, it turns out that in the 1920s travelling circuses had to find somewhere spacious and cheap, with fresh water and rabbits for the pot, there to hunker down and see out the bad weather. They called it . . . 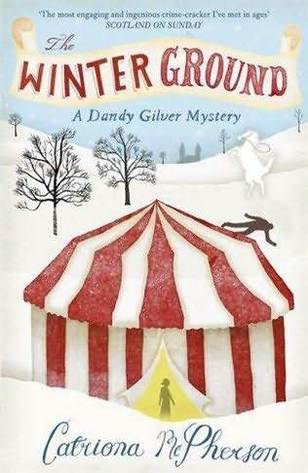 This time, I wanted to set a story in an isolated village, with just one road in, where a tree falling in a bad storm could cut everyone off from the outside world. I found the perfect spot. The north coast of Aberdeenshire is home to a string of fishing villages with hair-raisingly steep roads leading down to a crammed jumble of houses and nothing but the wild waters of the North Sea facing you at the road’s end. Look!

I knew it would need to be winter, to get the weather truly atrocious. And so for a while I thought the history of these fishing villages had handed me the lazy writer’s favourite gift: a small cast of characters – so much easier to manipulate than a multitudinous horde.

Because you see, for most of the winter – in fact, for much of the year – not all the villagers were actually there. The herring fishermen (most of the men, in other words), and the “herring quines” – the women who gutted the fish, packed them into barrels and salted them down – followed the herring’s migration: from the northernmost islands, round the mainland coast, across the Irish sea and down to England. 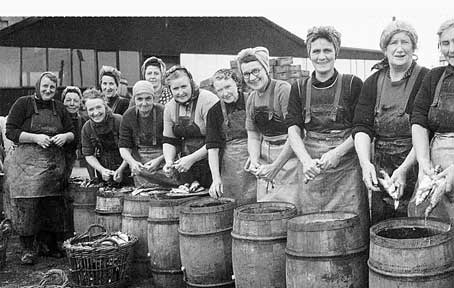 I was raring to go. I had struck gold with the setting: a spaghetti tangle of tiny lanes, staircases so steep there were ropes to help people climb to their houses, dead ends disguised as cut throughs and cut throughs that looked like dead ends until you were pressed against the back wall.

And I had struck shinier gold with that legitimate excuse to keep the character list tiny.

Then, sitting in a reference library in Oldmeldrum, I struck platinum. I found a slim volume of local history that spoke of the one time of year when the herring boats came home: Christmas. And while all the lads and lasses were with their families for a change, what did they do? It makes sense when you think about it: they got married. Christmas was the wedding season.

And the wedding season of the herring-folk was pure dead bonkers. I read the slim volume with my mouth hanging open. By the time I left the library, my book was hijacked. No more small cast, no more locked room: this book was going to be an extravaganza.

I don’t want to tell you everything in case you read it, but let me just say the weddings took a week, every day with its own dedicated event (some sweet, some gross, all weird), leading up to the grand finale on Saturday night when the new bride and groom were tucked into their bed with a bottle of whisky and a loaf of bread (to keep their strength up) and spent the night with all their friends outside the bedroom door, shouting encouragement and cracking jokes. You can’t buy class, eh?

I found out the origin of the best man and maid of honour – I had never thought to wonder why these people existed; I certainly never suspected the devil was involved – and I found out about the worst man (and maid of dishonour?) too. I’d never even heard of them before.

Best of all, I discovered that one of the strangest traditions of the whole week-long jamboree still happens! There are videos on Youtube, filmed on the harbourside in the very village where my book is set.

Google ‘blackening the bride” if you don’t believe me. 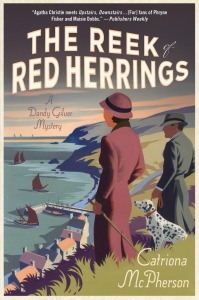 And if I’ve whetted your appetite for schlock-Gothic goings-on in 1930s Scotland (I haven’t even mentioned the amateur taxidermy), see below for a gift and giveaway.

If you pre-order THE REEK OF RED HERRINGS between now and midnight on the 12th, I’ll send you an exclusive short story, set in Dandy Gilver’s house at Christmastime and enter you in a draw to win a bundle of all eleven novels. See here for details.

Readers: Have you ever been to Scotland? Did you know the word “quine” before today?

Catriona McPherson is the author of eleven novels in the Dandy Gilver series, featuring Dandy Gilver, her sidekick Alec Osborne, and Bunty the Dalmatian, set in Scotland in the 1920s and 30s. They have won Agatha, Macavity and Lefty awards and been shortlisted for a UK Dagger. The series is currently in development for television, at STV in Scotland. She also writes contemporary standalones, including THE CHILD GARDEN and QUIET NEIGHBORS, which have won two Anthonys and been shortlisted for an Edgar and a Mary Higgins Clark award. Find out more at www.catrionamcpherson.com.