by Barb, in Maine wondering if spring will ever come 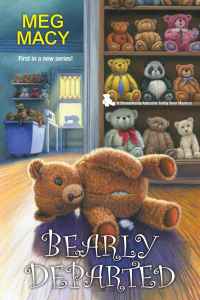 I first met author Meg Macy at Malice Domestic, the place where so many good things happen. At the time, under the name D. E. Ireland, Meg and her writing partner Sharon Pisacreta had written a book featuring Henry Higgins and Eliza Doolittle as sleuths and were seeking representation. Why don’t you query my agent, I said–and the rest is history.

Now Meg’s back with a new series, the Shamelessly Adorable Teddy Bear Mysteries. The first one, Bearly Departed, was released by Kensington Publishing this week. Cozy mysteries featuring teddy bears, how does that work, you ask? Meg is here with the answers.

I first had the idea when I learned that the Chelsea Teddy Bear factory had moved out of Michigan to Missouri. Rats! I’d always wanted to take the tour and missed out. But fiction is second best to reality, and I figured the setting of a teddy bear shop and factory might be intriguing to cozy readers. So I got to work on a proposal and sample chapters; my agent shopped it around; lo and behold, I snagged a wonderful editor at Kensington. Wendy McCurdy loved the idea – but she wanted my book cozier. Cuter. Sweeter. After all, people love teddy bears. I’ve known that for a while, but I’m discovering just how deep that love goes from people excited to hear about my series and the first book, Bearly Departed.

How do the teddy bears feature in a murder mystery? Let’s just say that no bears were harmed (much) in writing the story.

But a cozy mystery wouldn’t qualify as such without a murder! Plus plenty of secrets that swirl around the characters, which makes my amateur sleuth, Sasha Silverman, work hard to prove her crotchety uncle innocent of killing the company’s sales rep. I can’t give away too many details without spoiling the plot. But I can tell you I had a blast ‘mixing’ together several small towns in southeastern Michigan, close enough to where I live, to create Silver Hollow and the Silver Bear Shop & Factory. Sasha Silverman has been managing the shop for seven years – her parents own the shop but are retired – since her divorce from a cheating husband. Her younger sister Maddie works in the office, and together they have to deal with small town gossip, a family crisis, plus staff problems while hosting the annual teddy bear picnic – it all adds up to plenty of adventure.

Bearly Departed is available on May 30th, 2017, from Kensington Books in trade paperback and e-book editions 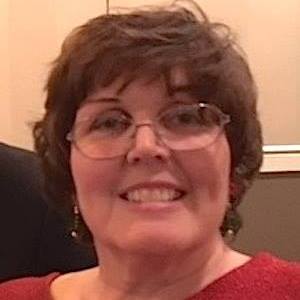 Readers: Join us in congratulating Meg on her new series. Is there a teddy bear in your life, or in your memory?