Thank you, Sherry, for hosting me on the Wicked Cozy Author blog. Though my Five-Ingredient Mysteries are set in a historic town along the Chesapeake Bay, the most recent one has a New England connection. Its title derives from a story about a murder, “The Tell-Tale Heart,” by Edgar Allan Poe, who was born in Boston and whose first book was published there. More about that book at the end of this post, but first I want to explain how the title, The Tell-Tale Tarte, was born and how it affected the tale. 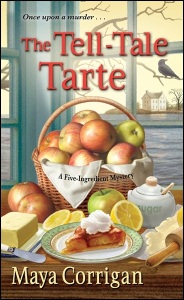 For a work of literary fiction, you can choose any title you want. For a culinary mystery, your choices are constrained. Ideally, the title incorporates food and the suggestion of wrongdoing, crime, menace, or death. Puns are also common, though not essential, in culinary mystery titles.

With all those parameters, I obsess about titles. My extended family also gets involved. At Christmas Eve dinner a few years ago, they vied with each other to name my next book. Some good puns came out of the exercise but, alas, nothing that belonged on the cover of a culinary mystery. Many of their suggestions had the pun and the food but no hint of a crime: The Lambshank Redemption, The Merchant of Venison. In others, the element of violence was too strong for a cozy mystery: Chili Con Carnage.

I go through bouts of title brainstorming and keep a list of possible titles. I also have a list of subjects I want to explore in the series. After I’ve decided on a subject, I check my title list, hoping to find one that will match the book’s topic. As an example, for the second book in my series, I wanted to write about frauds against retirees, which matched well with the title, Scam Chowder. Then, of course, I had to make bowl of clam chowder an integral part of the plot. 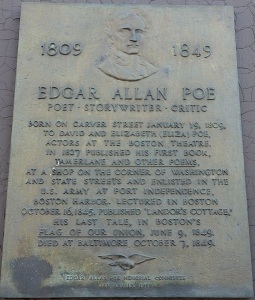 The subject I planned to explore in my latest book was the possible exploitation of an aging famous author by those in the publishing industry who make money off him. The The Tell-Tale Tarte ended up touching on that situation, but another subject overshadowed it as I outlined the book. With its title, the book had to have something to do with Poe. He was a good fit for a mystery related to publishing. He struggled to get his work published and to earn enough from his writing to fend off starvation. The irony is that his first book, “Tamerlane and Other Poems By A Bostonian,” has become the Holy Grail of American book collecting, the most expensive rare book by an American author ever sold at auction. That book is mentioned on the plaque commemorating Poe’s birthplace in Boston. There are only a dozen known copies of it, and one of them figures in the plot of The Tell-Tale Tarte.

The event that embroils my sleuth, Val, and her grandfather in the search for a murderer occurs at a book club dinner party, when Val serves the French dessert, tarte Tatin. The book’s title didn’t affect just one scene or one plot point. The cast is made up of people inspired by Poe two hundred years after his death: the aging writer whose riffs on Poe’s stories are bestsellers; the author’s entourage, including his publicist and his writing protégé; an actor with a one-man Poe show; and a Poe scholar.

Coming up with a title that integrates well with a story is part of the publishing journey, and sometimes the title turns the story in an unexpected direction.

Readers: Have you ever picked up a book because the title grabbed you? Do you have a favorite title? Writers: is titling a book a challenge for you? 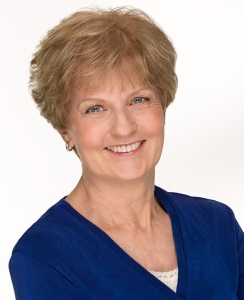 Maya (Mary Ann) Corrigan writes the Five-Ingredient Mysteries, By Cook or by Crook, Scam Chowder, and Final Fondue. In the 4th book of the series, The Tell-Tale Tarte, the search for the murderer of a Poe performer takes a café manager and her grandfather to a local House of Usher and to the graveyard where Poe is buried. Each book includes five suspects, five clues, and Granddads five-ingredient recipes. Before taking up a life of crime on the page, Maya taught university courses in writing, American literature, and detective fiction.