by Barb, posting this on a gorgeous day in midcoast Maine

I’m excited to welcome back to the blog someone who has been a friend and mentor to all the Wickeds, and a sort of a midwife to so many authors in the New England crime writing community as they brought forth their first books.

Death Warmed Over is the latest book in Kate Flora’s Thea Kozak series. Kate is offering a copy to one lucky commenter on this post. Here’s the description. 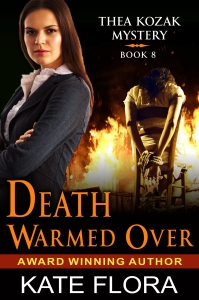 Thea Kozak’s dreams of a perfect home are shattered when she finds her realtor, Ginger Stevens, tied to a chair in the living room of her dream house, surrounded by glowing space heaters. Ginger utters five indistinct words before she dies. The house is tainted, and Thea has moved on to managing a drug crisis on the campus of a Connecticut boarding school, when Maine state police drag her into their investigation of Ginger’s death. It seems that Ginger Stevens is the name of a child who died in New Hampshire many years ago. The police have no idea who their victim really is. Her boyfriend has disappeared. Her colleagues know little about her, and her apartment is so sanitized there are few clues.

As she drives through March slush on New England roads, trouble-shooting for her clients, Thea is also searching her memory for small details Ginger might have revealed that could be clues to her identity. A photograph of a former student at a client school may be a clue. So may be that menacing visit from the former boyfriend who claims that Ginger sent Thea a package. As she makes her way through board rooms and alternately coddles and strong-arms wayward headmasters, Thea’s own life may be in danger. But from whom? Strangers in a mysterious truck? Or from her client’s own faculty?

Determined to get justice for Ginger, Thea plays detective until she finally puts the clues together that let her understand the meaning of Ginger’s five final words.

Thea is Kate’s original series character. I think many of us think back to characters we’ve created and wonder what they’re doing now. I asked Kate what it was like returning to a character she knew so well.

When the Character Barely Ages, but the Author Does 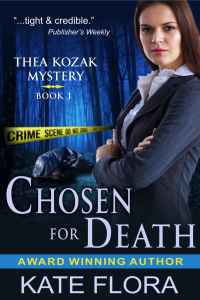 Writing a series character is challenging at the best of times. When a few years in a character’s life spans more than two decades in the author’s, the challenges—from culture to technology—can be great. The journey from my first Thea Kozak mystery, Chosen for Death, published in 1994, to the eighth, Death Warmed Over, published in 2017, has been full of publishing delays, discouragement, and determination. Before Chosen was published, I spent ten years in the unpublished writer’s corner. By the time I sold the series, the first two books were written. I then embarked on what I believed to be the rhythm of my career: nine months writing, then three months marketing.

Those of us who embarked on writing strong women represented “Nancy Drew comes of age.” We wanted to write women who rescued themselves, had their own careers, and for whom solving problems and helping others, rather than finding Mr. Right. Creating a series character who would grow through the books, and a character arc that went beyond the story arc of each book, was an adventure in learning to write. It was also an adventure in learning about Thea Kozak, with a deepening knowledge of who she was, what shaped her personality and her views, and about her family and her co-workers. Readers often asked if Thea was based on me, and I always said that she was younger, taller, stronger, and braver than I would ever be.

When I started the series, I wasn’t a lot older than Thea. She was entering her thirties, I was leaving them. She longed for children, I was raising some. She was an attractive woman in a working world still largely run by men. I was a lawyer in court hearing the judge say I was so attractive he couldn’t focus on what I was saying. Thea was a feminist in a world where men stared at her chest instead of looking at her face. She was a professional woman wanted to be taken seriously. She struggled to balance her work life and her personal life, often sacrificing her personal life for her job. I liked watching her strength emerge and her abilities grow. 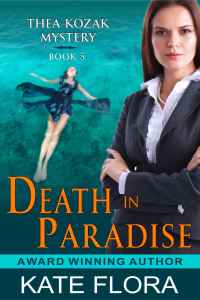 I had a publisher that remaindered the books when a new one came out, and didn’t support the series. After a long, unexplained gap between book five, Death in Paradise, and book six, Liberty or Death, the editor I’d worked with on all the books notified me by e-mail that the series was dropped.

Then came several years when I thought I’d left her behind. I embarked on a new series: police procedurals set in Portland, Maine. Three of us started Level Best Books and published crime story collections. I learned to take the kinds of chances my fictional Thea did. (Though I never faced down bad guys.) 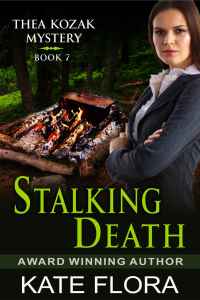 But Thea Kozak was a dynamic character. Writing her was fun. I missed her. After spending more than six years imagining her, I was curious about what was happening in her world. And then Thea was rescued by Jim Huang and the Mystery Company. He put the first book back into print. My faith in the series restored, I finished a story of stalking on a private school campus, Stalking Death, and The Mystery Company published it. Then I wrote Death Warmed Over. It got stuck on the vagaries of a small press, and languished for nearly three years. Finally, I decided to embrace the world of indy publishing, and the book at last appeared.

Bringing out the backlist, and moving Thea forward, has been a real challenge. As technology changed, cell phones, text messages, and social media became a part of Thea’s life and part of the private school world she consults with. Thea remained a thirty-something, hoping for a family, while I acquired daughters-in-law and nieces Thea’s age. Music changed, TV changed, language and cultural references changed. I needed to update her housing and social concerns, update trends in food, and explore changes in her work world. I needed to pay attention to what she’d wear. My family and Faceboook friends provide a source for answering those questions.

Reviving Thea has been so much fun, I’m now 200+ pages into the next Thea Kozak mystery, Schooled in Death. So if you’ve missed her, or you’re just discovering her, there will be more. 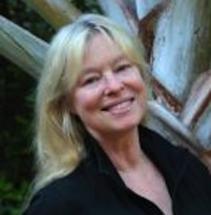