Hard to believe we’re getting to the end of summer. I mean, it’s almost Labor Day! Can you believe it? The chill is apparent in the air in the early mornings and evenings, it’s inching toward darkness a bit earlier every day and school has already started in some places. I don’t know about you, but despite looming deadlines for some of us, I think we have to take advantage of the final lazy days of summer to do a little TV watching–or bingeing, as the case may be. So Wickeds, what have you been bingeing? Anything on tap for the long weekend?

Edith: Once again, my credentials as a cultural desert come back to haunt me. No Netflix 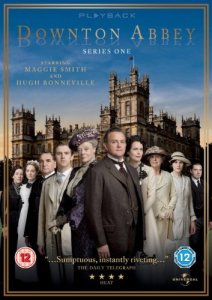 bingeing up here north of Boston. What I am doing is as much reading as I can, preferably on a beach. I have Netflix binged in the past, though. I was a little slow to catch on to Downton Abbey, and had to catch up quick on the first two seasons once I realized what a great show it was.  This end of summer? Just trying to binge on sun-warmed tomatoes, gin & tonics, a great mystery, and warm sand between my toes.

Sherry: I confess I’m not much of a binge watcher. I seem to get bored after a couple of episodes of anything. I don’t binge read either. However, Bob and I do like the Bosch series on Amazon Prime and did watch three episodes of it in a row once. I keep meaning to watch The Crown on Netflix, but haven’t gotten to it yet.

Liz: I try to stay off TV as much as possible, but I did get sucked into The Fall – a Netflix original starring Gillian Anderson. It’s about a super creepy serial killer and she’s the head cop. It takes place in northern Ireland and it’s really good! One of those shows that will keep you up at night…

Julie: Welp, looks like I am going to be picking up the TV watching crown in this group. I LOVE binge watching shows. I get Acorn TV, so I watched Mr. & Mrs. Murder and The Brokenwood Mysteries. When  I write I like to have the TV on, but only with shows I’ve seen so I don’t get sucked in. So, Midsomer Murders has been on this summer. With 19 seasons, I forget a lot of them. I am watching The Defenders this week (love Marvel series), and watched Supergirl earlier this summer with the nieces.

Barb: I love binge watching, too, Julie. Bill and I started doing it before it had a name many, many years ago when PBS ran episodes of Prime Suspect back to back. We kept saying, “Just one more, just one more.” The bingers lament. For years we watched 24 hours of 24 every New Years weekend. Here in Boothbay we have been doing a major project sorting Bill’s late mother’s saved photos, cards, letters, her kids’ juvenilia, etc., for the various members of the family. Watching TV is a boredom reliever for this massive task. Since we don’t have cable here, binge watching on Amazon and Netflix has been the solution. So far this summer, Bosch, Orphan Black, Orange is the New Black, Ozark and Broadchurch.