Jessie: In New Hampshire where the leaves have mostly rattled off the trees and the winter birds have returned to the feeders.

Today it is my  very great pleasure to welcome Victoria Thompson to the blog! I met Victoria several years ago at Malice Domestic. She is as charming and personable in life as she is in her writing.

Victoria Thompson is the author of the bestselling Gaslight Mystery Series. Her new book, City of Lies, is the first in her new Counterfeit Lady Series, which releases on November 7. To celebrate, she’ll give away a signed hardcover copy to one commenter here today (US entries only).

I’m very excited that City of Lies will finally be released into the wild! I’d been wanting to write a second historical mystery series for a long time, and I’d been doing a lot of research on the early twentieth century, hoping for inspiration. During that process, I learned a lot about the Women’s Suffrage Movement, and I realized that when my own mother was born, women didn’t have the right to vote in America! It was that recent! I also learned that many women endured beatings and imprisonment to earn females the right to vote. I’d never heard about this in history class, and no other women I spoke with had either. I wanted to tell this story, but how could I make it more interesting than a dry history lesson? That’s when I decided to add a less than honest heroine, a dashing hero, and a dastardly villain.

Every woman wears a mask…

Every woman has, at one time or another, hidden who she really is in order to get along or get ahead. Elizabeth Miles has made a career of it, however. As a con artist, her job is cheating rich and greedy men, but when she cheats the wrong man, she ends up running for her life.

Elizabeth finds temporary safety by getting herself arrested with the Suffragists who have been demonstrating outside the White House for months. This gets her away from Thornton for the moment, but she and the other women are sentenced to three months of hard labor at a workhouse were they are starved and abused. Much to her own surprise, Elizabeth bonds with these women and learns to respect them while they are imprisoned, and she emerges a new person.

Out of the frying pan, into the fire…

Elizabeth may feel like a new person, but Oscar Thornton still wants to kill her. How can she escape him and still keep her secrets? Because her new friends would lose all respect for her if they knew who she really was, and the man she has come to love can’t even bring himself to tell a lie. How can she trick them into helping her pull off a con that will save her life without losing everything she has learned to value?

The more things change, the more they stay the same…

Elizabeth’s experiences in City of Lies are based on real historical events that happened in November of 1917, exactly 100 years to the month when the book is being published! In 1917, society was changing, and women were fighting to be taken seriously, to be valued, and to have a seat at the table. A hundred years later, women are still fighting for the very same things. Elizabeth lived in exciting times and so do we. I hope you enjoy reading about her adventures, which are not so very different from our own. 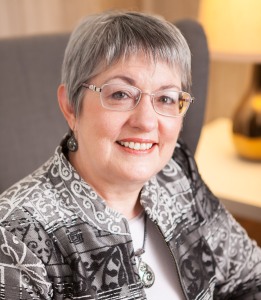 Series, set in turn-of-the-century New York City and featuring midwife Sarah Brandt. Her latest, Murder in the Bowery, was a May 2017 release. City of Lies is the first book in her new Counterfeit Lady series, a November 2017 release from Berkley. She also contributed to the award winning writing textbook Many Genres/One Craft. Victoria teaches in the Seton Hill University master’s program in writing popular fiction. She lives in Illinois with her husband and a very spoiled little dog.