We are celebrating the release of Stowed Away the sixth book in the Maine Clambake Mystery series by Barb! Here’s a little about the book: 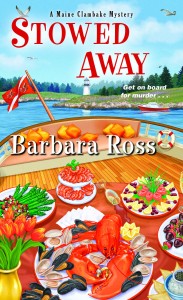 It’s June in Busman’s Harbor, Maine, and Julia Snowden and her family are working hard to get their authentic Maine clambake business ready for summer. Preparations must be put on hold, however, when a mysterious yacht drops anchor in the harbor—and delivers an unexpected dose of murder . . . When Julia’s old prep school rival Wyatt Jayne invites her to dinner on board her billionaire fiancé’s decked-out yacht, Julia arrives to find a sumptuous table set for two—and the yachtsman dead in his chair. Suspicion quickly falls on Wyatt, and Julia’s quest to dredge up the truth leads her into the murky private world of a mega-rich recluse who may not have been all that he seemed . . .

The title made me wonder if any of the Wickeds had ever stowed away. So it’s confession time Wickeds. Did you ever stow away? Sneak into somewhere you really weren’t supposed to be? Sneak a friend in? Or did you sneak out? If not what kept you from doing it?

Barb: I can’t recall ever stowing away, but I am an inveterate sneaker-inner. Specifically, houses under construction are like catnip to me. As soon as the construction crew leaves for the day, I am there. I’ve done this since I was a kid and the last time was probably three years ago. I’ve always been interested in houses, as anyone who reads the Maine Clambake Mysteries knows. “Is your protagonist an architect?” one exasperated member of my writers group once asked me (sarcasm intentional). My most brazen sneaking-inning was during my post-college European tour. My friend Joanne and I took the train from Naples to Pompeii to find the site was closed due to a strike. We had neither the time nor the funds to return. As we debated what to do, three American boys came along and somehow we all egged one another into sneaking in. It is the eeriest thing in the world to be in a village where time has stopped with only four other people. I will never forget it.

Edith: Ooh, Barb, I’m the same with houses under construction! Can. Not. Resist. Poking around through walls that are only bare studs and climbing up stairs that are barely more than ladders? Candy to the illicit soul. I’ll even confess to a bit of, ahem, “hanky-panky” with a paramour in a house under construction. And I’ve definitely snuck out early from events I’d been reluctant to attend in the first place. And not a bit of remorse stains my conscience. I won’t have any remorse about sneaking away to read Barb’s book tomorrow instead of working, either!

Julie: I am a permission seeker. Always have been. Maybe that needs to be a 2018 goal. Stow away a couple of times. Barb, congratulations on this release. Cannot wait! I so love this series!!

Liz: The one place I considered sneaking in was the old, abandoned Norwich State Hospital property in Norwich and Preston, Connecticut. I have a thing for old asylums (yes, I know it’s creepy and weird) and I also wanted to use the setting for a book. I’m fascinated by not only how it was when it was a place, but the ways in which it settled into abandon. I desperately wanted to get into the tunnels underneath that connected the buildings on the massive campus. At the time, I worked as a reporter for the local newspaper and I had some contacts, but I could never finagle it. The buildings, and especially the tunnels, were dangerous – collapsing in places and full of asbestos. The area was also patrolled by security, which was a bit daunting. So I had to settle for some really great pictures I found online.

Jessie: I’m with Julie. I have run this question through my mind over and over and cannot think of any incidents of sneaking in or sneaking out. I almost jumped on the back of a moving train when I was eight but decided at the last minute not to grab on. The only places that ever make me want to sneak in are private gardens whose leafy bowers peak out through wrought iron gates. I saw a few in the UK and also occasionally in cities in the States and they always make me curious. Julie, want to plan a sneak -in with me this year?

Sherry: When we settled on this topic for today’s blog my first thought was where have I sneaked into that I’m willing to admit publicly? I couldn’t come up with anything so I turned to three long time friends (Carol, Cheryl, and Sherry) who knew me in my misspent youth. Sherry tried to say we sneaked into the library during college, but we knew that wasn’t true. But then Carol came up with something I’d all but forgotten. In high school during the summers we would sneak into apartment complexes swimming pools. Our town had a plethora of public pools and I can’t quite remember why we didn’t go to them. I’m guessing the apartment complexes had better chairs, less people during the day, and were less crowded. Or there were hotter older guys — that certainly would have been a big draw at the time.

Readers: Have you ever sneaked into a place you weren’t supposed to? Where was it? If not why not? 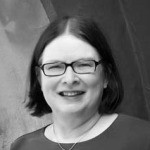