When I look back on my life I think of how much of it came down to chance meetings.

Meeting my husband is right up there. We both happened to be at the same place for a few hours. If not for that, we wouldn’t have met.

Many of my dear friends from our military days are friends because we chose and/or were assigned to live in unit A and not unit B on a different section of the base. One of my friends, Nancy, and I had a lot in common even though I was older and grew up in Iowa and she grew up in California and, yes, was younger. We both had worked for financial planning companies, Nancy in Colorado Springs and me just up the road in Cheyenne, Wyoming. We had almost identical Dansk dishes – white with blue rims. We both loved antiques and all things blue and white. We both loved yard sales and spent many a happy hour while we were stationed in Los Angeles heading out on Saturday mornings to hunt for treasures.

And then there is my chance meeting with Julie Hennrikus. We sat at the same table at the Malice Domestic banquet in 2005. I often think how different my life might have been if we’d been seated at different tables. My family was moving to the Boston area that summer. Julie, being Julie, told me I had to join the New England Chapter of Sisters in Crime (an organization I knew nothing about) and go to Crime Bake. That singular meeting opened up a whole new world to me and blossomed into so many friendships and opportunities. Maybe, eventually, I would have found Sisters in Crime on my own, but maybe not. 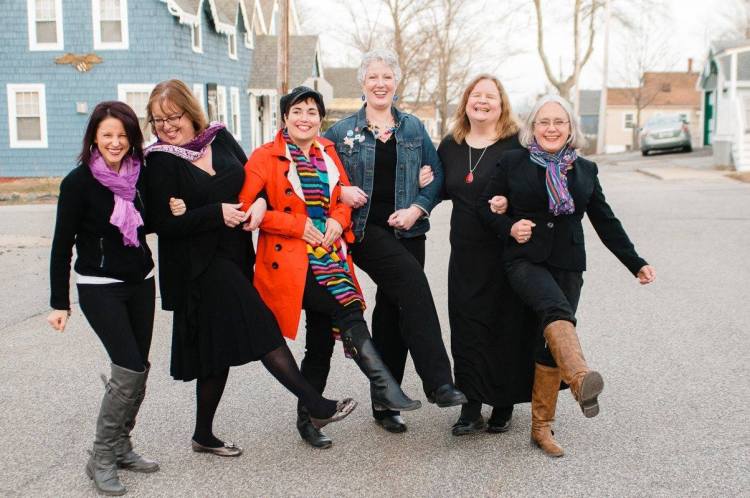 This made me think about chance meetings in fiction. Sarah met CJ by chance when she was defying her mother who told her to stay away from military men on the base near their house. Sarah met Seth when she went out for a drink alone, raw and lonely because of her recent divorce.

And that got me thinking about the difference between chance and coincidence.

One definition of chance in Merriam-Webster is: the assumed impersonal purposeless determiner of unaccountable happenings

Merriam-Webster defines coincidence as: the occurrence of events that happen at the same time by accident but seem to have some connection

Another dictionary said coincidence is: a remarkable concurrence of events or circumstances

So chance is more haphazard and coincidence is a bigger event with some connectedness.

I find it interesting that we accept coincidences in life but not fiction. I find it fascinating that chance plays such a huge role in our lives.

Readers: What role has chance played in your life? How do you feel about it in fiction?