MacKenzie Knocks ‘Em Dead is an Agatha Award nominee for Best Children’s/Young Adult Novel this year. And she’s giving away a copy of the book to one lucky commenter here today!

Can inheriting a haunted cemetery be anything less than disastrous for California tween and actress wannabe Sydney MacKenzie?  Highly unlikely.  But, stranger things have happened in the cozy town of Buttermilk River Falls… Not only does she finally land a great groups of friends, she also solves an old town secret that’s been buried for decades and achieves her movie star aspirations.

Tales from the secret society of idea stealers 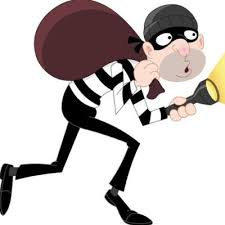 I recently made a list of the most frequent questions I get, and there’s one that you might not expect:  Are you afraid someone will steal your ideas?

Here’s the true story:  In the early ‘90s, I widely submitted a book to publishers that never sold.  A short time later, a similar concept became a book, TV, and movie series with merchandising.  I’m talking plush toys, stickers, lunch boxes, you name it.

Had my idea been stolen?  I’ll never know for sure.  Here’s the part that was hard for me to accept:  If it had been stolen from me, there’s nothing I could do about it, because an idea can’t be copyrighted.

Side note:  It’s probably smart to submit to shows or publishers via agent representation who can best protect your interests.

How does this happen? 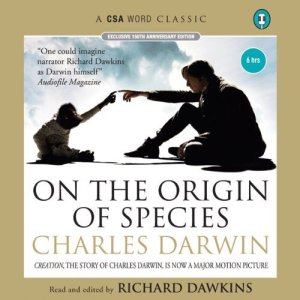 An idea whose time has come: If Darwin hadn’t written On the Origin of Species, would someone else have?

I’ve heard this referred to as “Railroad Time.”  This isn’t the time of day that the trains run, rather the concept that when the world needed a specific transportation infrastructure its invention inevitable.

Or, perhaps, the same idea coming to multiple people is a function of similar inputs, as one of my writing partners explained it.  In general, we’re exposed to the same news, books, movies, trends, world events, social evolutions making it natural that, with over seven billion other humans on the planet, someone will process this input in a similar way and birth the same ideas.  This is also called “Multiple Discovery.”

Both names are a little blah, and as creators, we can come up with something better. Callaghan puts on her red and white Seuss hat and exclaims, “Sameideaology!” I think sameideaology is a pretty good explanation of alleged “idea theft.”

Catching the trend: Writers often chase the market, meaning they see a trend and rush to join.  Usually this fails, because the writing-sale-publication cycle is too long for this strategy to work.  BUT, consider this: There were enough people writing about a topic/genre at the same time to make it a trend in the first place!  So, maybe some writers are better at “trend catching”, or “trend predicting,” than others.

The Re-fresh: Some will say there are no new ideas, just old ones reinvented.  I’m not sure where I sit on that argument, but I think this is a third alternative to idea stealing.  That is to say, it’s fair game to mix up an old idea.  Consider my Just Add Magic – potions aren’t new, a trio of gal pals isn’t new, a secret club isn’t new, but a Secret Cooking Club is  And consider Sydney MacKenzie Knocks ‘Em Dead – cemeteries aren’t new, hauntings aren’t new, family secrets aren’t new, but a California girl wanting nothing more than to be a movie star ending up haunted in southern Delaware in bitter January is new.  And, let’s face it, funny.

Maybe I’m a “Refresher,” because my Lost In books are twists on the City Mouse/Country Mouse story.  But, with unique plot lines and twists told through fun, interesting, and unique characters, presto, the idea is new and fresh, not stolen.

So, back to the question, Does the thought of someone stealing one of your wonderfully fabulous and amazing ideas fill you with dread and fear?

Yes, for sure.  But I think it’s pretty unlikely that someone would snatch something from the bowels of the secret Callaghan writing laboratory, write it to completion in the same way I would, pitch it, and sell it.

Bottom line:  The notion of an idea-stealer lurking in the shadows of the Callaghan Writing Cave doesn’t keep me up at night….. Hmmm, an “idea-stealer,” that’s an interesting idea for a novel.  (See how that works?)

So, readers, tell me: Are you a refresher? Can you think of examples of “sameideaology”? And what do you think might be the next big trend?

I’ll give away a copy of the book to one commenter here today! 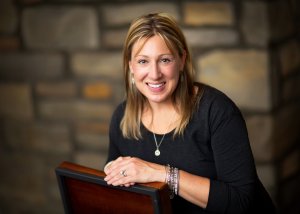