By Edith, scribbling north of Boston where a chilly rain is falling and I’m grateful for light, heat, and a solid house.

I’ve been working on a couple of short stories this fall. One was inspired by an article I read in the New Yorker about hyperpolyglots – people who easily learn more than a dozen languages and are always eager to acquire more tongues. My mind naturally turned to crime fiction. What if such a person overheard a conversation in an obscure language she happened to speak and decided to take advantage of it?

The other one is for an anthology of stories inspired by Joni Mitchell songs, edited by Josh Pachter. I’ve been listening to master singer/songwriter Joni since the early seventies and have many of her songs committed to memory. So yeah, I can be inspired by “Blue Motel Room.”

Many have talked about the difference between writing novels and writing short stories. I’m not going to list the differences here except the obvious one: they are so much smaller than novels. 3000 words is an entirely different creature than 70000 words. I like to play around with darker themes in my short fiction. The protagonists in my novels are pretty much decent, honest, caring women. In short stories I often make the narrator the criminal and explore getting inside that mindset.

What I’m finding interesting with both stories this fall is that I’ve started out thinking I know where the stories are going and both have veered in a different direction. The second one is still revealing itself. I realized I hadn’t had a word of dialog in it yet, and also realized narrator Robin needs to meet her victim – who might also be a criminal. I’m not sure where it will end up, but we’ve already seen the main character in her depressing blue motel room with the blue bedspread.

Another thing I’m changing up is aiming high. Even though I’ve had fifteen stories published in juried anthologies, I still haven’t had a tale accepted by either of the two premier short crime fiction venues, Ellery Queen Mystery Magazine and Alfred Hitchcock Mystery Magazine. I want to keep honing my chops until I make it in. 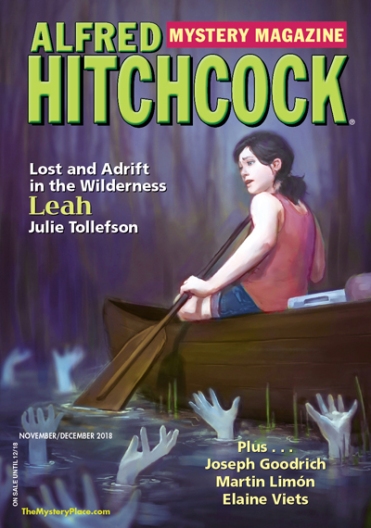 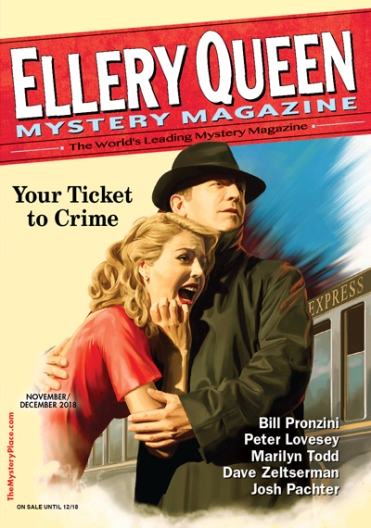 So stay tuned for news, and wish me luck. I have to get the second story finished so I can get started writing Country Store Mystery #7!

Readers: Do you read short stories? Where is your favorite place to find short crime fiction? I’ll give away a copy of That Mysterious Woman to one of you, an anthology in which I have a story. To another lucky reader I’ll give a copy of my new ebook release of three previously published Rose Carroll short stories, Black Cat Thrillogy #9: Three Historical Mysteries, from Wildside Press.