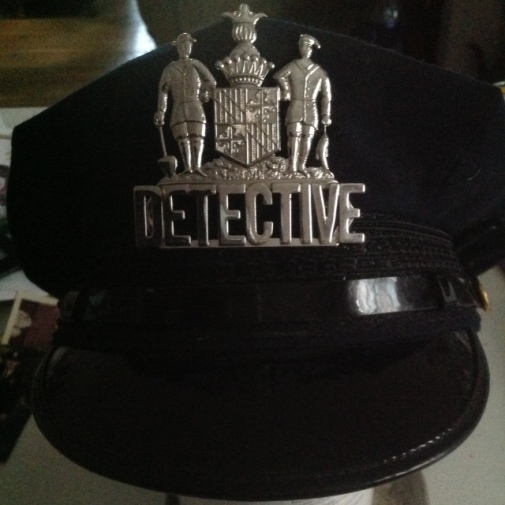 This month as we celebrate matters of the heart, I’m going to share with you two things that are very close to my own heart – the city of Baltimore and literature. What’s that, you say? All the literary giants are in New York? I’m here to set the record straight.

In 1987 Mayor Kurt Schmoke declared Baltimore The City That Reads. Most turned up their noses at such a slogan considering the problems our city faced. Many were heard to say, “the city that bleeds is more likely.”   Maybe they should have read more to learn that our Baltimore, Charm City, has quite the long list of literary figures that called this place home.

It was Ogden Nash [who raised his family in his in-law’s Baltimore home] who wrote “I could have loved New York had I not loved Balti-more.”  My sentiments exactly.

We’ve all heard the tales of how Edgar Allan Poe lived – and died – here, and we know that it was the home of Francis Scott Key who penned the poem that would become our national anthem. But did you know that F. Scott Fitzgerald, a distant relative of Key’s, also called Baltimore home? He had a few residences in the area including the Stafford Hotel and the last house he ever shared with his wife Zelda was in the Bolton Hill area of our city.

The Fitzgeralds had come to Baltimore seeking treatment for Zelda. She was a patient at both Johns Hopkins Hospital and Sheppard Pratt. It was in the Bolton Hill House that Fitzgerald finished Tender is the Night, believed by many to be his best work.

One of Fitzgerald’s friends, Gertrude Stein, also had two homes here. Edna St. Vincent Millay was known to read her poetry at the Emmanuel Episcopal Church in the Mount Vernon area of the city. Zora Neale Hurston came to Baltimore in 1916 and resided with her sister while attending Morgan Academy.

Let us not forget the dean of hard-boiled detective fiction Dashiell Hammett. He was born on the Eastern Shore in Maryland, but soon made his way to Baltimore. In 1915 he began to work for the National Pinkerton Detective Agency which had a branch here at 210 Baltimore Street. [Now known as 1 Calvert St.] It’s believed that the metal birds on this building inspired him to write The Maltese Falcon.

And finally, there’s Dorothy Parker. She visited Baltimore, but was never a resident until after her death. Her ashes are buried at the headquarters of the NAACP.  The  plaque above her resting place reads “Excuse My Dust.”  What a great line!

I’m sure I’ve missed a few, but I’ll leave the others for you to discover.

***REMINDER: Tonight is the Wicked Book Club for Kneading to Die! Join us on the Wicked Facebook page for a live discussion with Liz Mugavero, hosted by Julie Hennrikus!***

Kimberly Kurth Gray is the 2009 winner of the William F. Deeck/ Malice Domestic grant for unpublished writers and a Hruska Fellowship finalist as well as a Wellstone Emerging Writer Fellowship winner. In addition to blogging, she is the author of several short stories, the latest Love on the Edge can be found in the third Mindful Writers anthology, Love on the Edge. View all posts by Kimberly Kurth Gray