It’s first Monday again, and while I’m sure we’ve covered a lot of different ones here, somehow I got to thinking about what the first books we read by ourselves, rather than having it them read to us by our parents (at least I hope they read to us, way back when).

Part of this thread was inspired by my interminable sorting through four generations of saved things in my house, and those included books, of course. My grandmother and mother were devoted readers on their own (my great- and great-great-grandmothers, not so much), and I don’t remember what any of the men read (assuming they did). But what started me thinking was a box of books that were given to my husband when he was a child (yes, he knew how to read), which dated mostly from the 1950s, when he was younger than ten–and I had never heard of any of them. I grew up on the East Coast, and he grew up in Indiana. Was there a significant difference in children’s literary customs between the two areas? 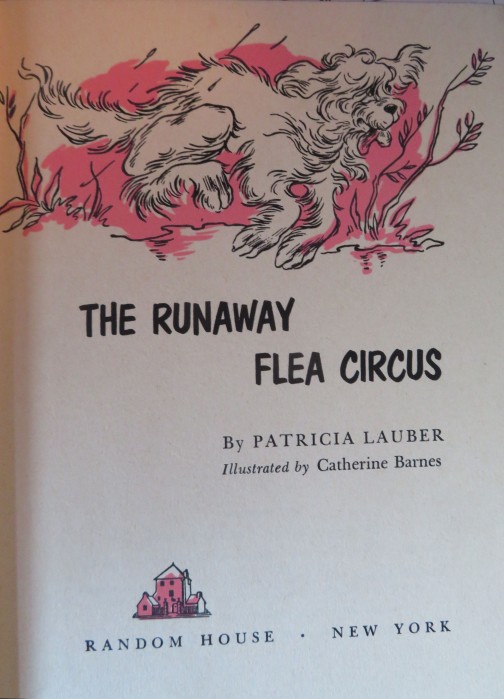 Two things stood out among his books, and one of them had me in stitches. It was a 1958 book called The Runaway Flea Circus by Patricia Lauber (published by Random House), and the star of the story was named (wait for it) Bimbo. The human protagonists were named Susie and Tom. They were friends of the same age (and you may not be surprised to learn that my husband had a sister two years younger than he was, so it didn’t seem odd that a boy and a girl would end up playing together, at least in the 1950s). Yes, there was a flea circus (anybody ever seen one of those?) And Tom and Susie decided to hold a flea circus (fleas provided by Bimbo) to raise funds to help out Susie’s parents, who were down on their luck. Much merriment ensues, when the fleas escape. And everything ends well. 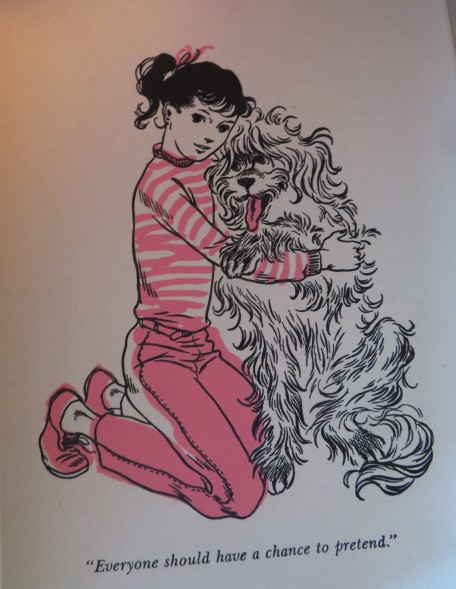 I had never heard of the book or the author, so of course I had to look her up. To my surprise, I found she had written over eighty books for children, both fiction and non-fiction. She received American Book Award nominations; one of her books was named one of Newbery Honors books, and she won a Lifetime Achievement Commendation from the National Forum on Children’s Science Books.

And I had never heard of her.

What’s more, she attended Wellesley College, as I did, and graduated with an English degree (see? they were worth something!) And she was given an Alumnae Achievement Award by the college in 1998.

So all of this made me wonder: was the Midwest a different country? Were there regional variations of what books were distributed where? This was not the only example that crept out of that box of stored books, and most were unfamiliar to me.

With one exception: The Island Stallion, by Walter Farley. To the best of my recollection, every eight-year-old girl loved all the Walter Farley books, including me (girls of a certain age have a thing for horses). But what I wanted to add was the author’s dedication:

ALL THE BOYS AND GIRLS WHO LOVE

HORSES BUT NEVER HAVE HAD

ONE OF THEIR OWN.

I think a lot of us felt that way back then.

What about you? What book did you pick to start your long road to reading? Did you enjoy series? Which book(s) made the most important impression on you? (Do I really need to mention Nancy Drew?)

View all posts by Sheila Connolly