In July I was on a panel with Joanna. We’d never met before and I just happened to sit by her. She’s smart, funny, and prolific. Our meeting was serendipitous in so many ways. Please join me in welcoming Joanna to The Wickeds. 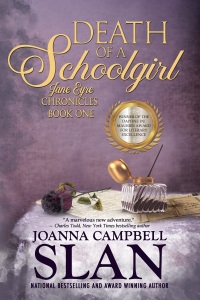 On a recent trip to Savannah, I was surrounded by reminders of John Berendt’s famous book Midnight in the Garden of Good and Evil. Shops sold the book in hard and soft cover, the audio version, the DVD of the movie, and trinkets galore. During a tour ride on a trolley, the guide mentioned the book over and over again. Although Savannah’s recorded history begins in 1733, Berendt’s bestseller wasn’t published until 1994, so it’s not like Savannah didn’t exist until John Berendt found it. I visited the city fifty-plus years ago as a child. Back then, we clamored to see the Juliette Gordon Lowe house. During this visit, Juliette’s name was mentioned exactly twice.

I think it’s because John didn’t put Juliette in his book.

We authors create immortality and popularity both when we write. We elevate the mundane, expose the quirky, and publicize the little known. Through the power of story, we change the world. One word at a time.

Sometimes this happens on a personal level. Growing up in a chaotic, alcohol-fueled home, I took solace in reading Jane Eyre. Jane’s quest to get an education and her subsequent success in life inspired me to find a way to go through college without the support of my parents. It’s fair to say that Jane Eyre changed my life. I have a hunch I’m not alone.

Charlotte Brontë’s classic changed my life for a second time when I won the Daphne du Maurier Award for Literary Excellence with my mystery Death of a Schoolgirl, a continuation of Jane Eyre’s story.

As a matter of fact, I bet that every book ever written has changed someone’s life. Maybe the work served as a happy escape from boredom. Maybe it inspired the reader to look up a new fact. Maybe the author’s viewpoint gave people a new point of view. At the very least, we can be sure the book changed the author’s life, because time spent writing could have been used some other way. 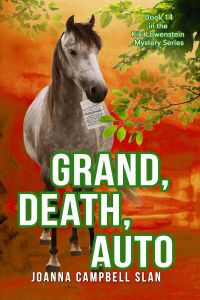 My new book Grand, Death, Auto (Book #14 in the Kiki Lowenstein Mystery Series) was inspired when one of my reader-friends told me about a rash of teen suicides in her community. I chose to write about teen suicide for many reasons. Some personal and some not. In particular, I wanted to remind parents that to teenagers, suicide seems very romantic. The victims get a lot of attention—usually positive–although they aren’t around to enjoy it. People wish they would have treated the dead friend more kindly. There’s a lot of weeping and wailing involved. If you’re a fan of high drama (and what teen isn’t), a funeral is pretty darn cool stuff.

I once met the mother of a young man who’d killed himself. She made it her life’s mission to go to high schools and tell the students how disgusting his body looked after he died. “These kids romanticize death. I want them to know the facts.”

Not surprisingly, she saved a lot of lives.

I hold no illusions that Grand, Death, Auto will save lives. I’m not that egotistical. I do hope it will spark discussion. I expect that some mystery readers will *ding* me on Amazon for even attempting such a dark subject. That’s okay. I really want my work to make a difference. And I’m willing to settle for just a small one.

Readers: How about you? Do you consider making a difference when you write? 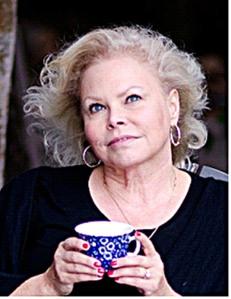 Bio: Joanna Campbell Slan is a USA Today and Amazon Bestselling author. Her work has appeared in five New York Times Bestselling Chicken Soup for the Soul books. As the author of three mystery series and numerous non-fiction books (nearly 40 in total to date), she is practically super-glued to her keyboard, except for when she is forced by her Havanese puppy, Jax, to pay attention to him.