Jessie: Today it is my pleasure to welcome True Crime writer and fellow Granite State resident, Kevin Flynn to the blog. Kevin is an award-winning journalist and also appears frequently on television and radio programs. Take it away, Kevin!

If you’ve flipped through your cable lineup, streamed a Netflix series, or downloaded a podcast, you couldn’t have missed the popular resurgence of true crime. No longer satisfied with seeing “ripped from the headlines” stories reimagined in prime time, audiences cannot get enough of journalists retelling the details of real life whodunnits. Meantime, the publishers who kept the nonfiction genre alive for years are abandoning it right at its golden moment.

The true crime resurgence hit its pinnacle in 2014 with the podcast “Serial.” Nearly overnight, people went from not knowing what the podcast app on their iPhones was to discussing the most minute detail of this 12-part weekly audio series. Journalist Sarah Koenig (formerly of the Concord Monitor) presented a deeper look at the 1999 conviction of Baltimore teenager Adnan Syed, accused of killing his ex-girlfriend Hae Min Lee. The story raised questions about the reliability of the state’s star witness and whether a long-ignored alibi witness could reverse his conviction. To date, “Serial” has been downloaded 500 million times. So consumed was the audience that people flooded a Maryland Best Buy looking for evidence of a missing payphone that may or may not have been there the day of the murder.

“Serial’s” success spawned a slew of podcasts investigating cold cases and bad convictions. They include “Undisclosed,” “Breakdown,” “Someone Knows Something,” “Sword and Scale,” and “Bowraville.” In June, Syed’s conviction was vacated thanks to new evidence turned up by “Undisclosed.”

Within this same window, two miniseries captivated TV audiences. HBO’s “The Jinx” looked at the unsolved murders surrounding real estate heir Robert Durst. America held its breath when in the last moment of the show Durst, forgetting he was still mic’ed up, seemed to confess to the killings while alone in the bathroom. He was arrested the same week. Fans then binge-watched Netflix’s “Making a Murderer,” a ten-part look at the Steven Avery case. Avery spent 18 years in jail for a rape he didn’t commit, only to be released and arrested for a murder by the same cops who railroaded him the first time. Viewers were outraged at what they could easily see was a coerced confession by Avery’s alleged accomplice, his intellectually-challenged nephew Brendan Dassey. (This August, Dassey’s conviction was vacated by a federal magistrate.)

Murders most foul are not a new fad on television. Several cable networks, most notably Investigation Discovery, have been running recaps and reenactments of scandalous homicides 24 hours a day. Shows include “Unusual Suspects,” “Nightmare Next Door,” “How (Not) to Kill Your Husband,” and “Wives with Knives.”

This dynasty has been built on the backs of true crime authors who for five decades have stoked public interest with their narrative retellings of famous or salacious crimes. What began as high brow (In Cold Blood, The Executioner’s Song) became best-sellers (Helter Skelter, Fatal Vision) then an expanded mass-market of paperback selections (including my own selections like Wicked Intentions, Our Little Secret, and Dark Heart). In fact, instead of doing their own research, most Investigation Discovery producers rely heavily on books and author interviews to create their episodes.

Just when the public demand for true crime is at its highest, the major publishing houses are winding down their true crime imprints. The mystery is why are they missing the boat? Here are some of the clues to ponder:

Podcasting is ascending as the home for real life crime stories. Like self-publishing, their quality varies but some DIY projects have become lucrative hits. All mass market genres are fighting for their lives in the new publishing paradigm. What’s ironic is that after years of living with a low-rent reputation, true crime publishing is dying just as its ship is coming in. Just like Adnan Syed and Steven Avery, we’ll see whether the genre is tragically put away or whether it will win a dramatic reprieve.

Readers, do you read true crime or watch it on television? Writers, have you ever used a real crime to inspire a mystery novel? 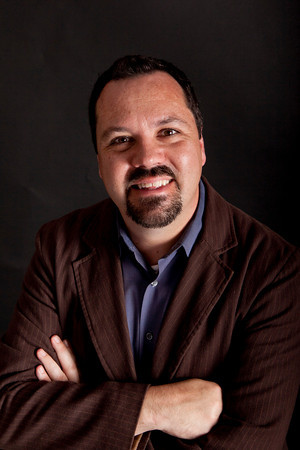 Kevin Flynn is the author of five true crime books, four co-written with his wife, Rebecca Lavoie. Their true crime podcast, “Crime Writers On,” has over four-million downloads.