By Sherry — Winter is returning to Northern Virginia 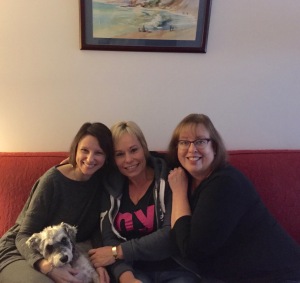 I had a lovely start to the New Year with two great friends visiting — Liz Mugavero and Christine Hillman Keyes. I met them (along with so many other people) at a writers conference called Seascape and we ended up rooming together. You can read more about that here.

Christine is from Australia and so we decided to do a little touring. It was a rainy, chilly day but hey, nothing can stop an Aussie or her intrepid friends. Our first stop was dropping Liz off at Union Station in Washington, DC (boo-hoo)! I’d been in the building once before but they were renovating and had netting up all over the place. The station opened in 1907 and the building is beautiful. 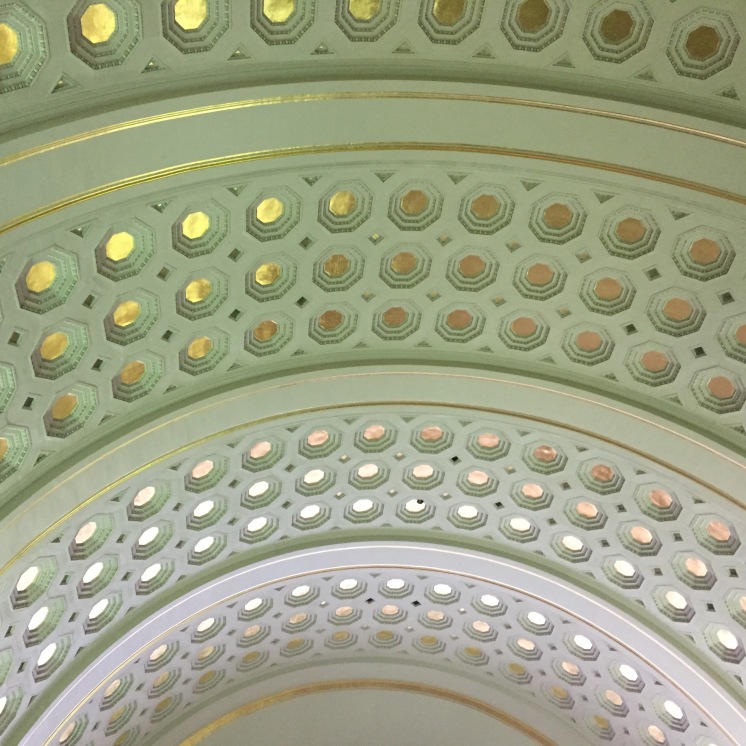 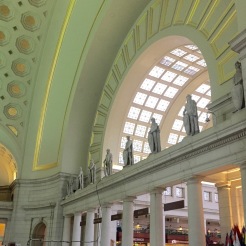 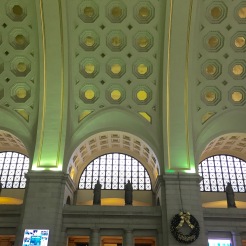 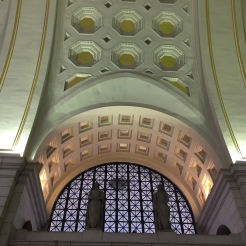 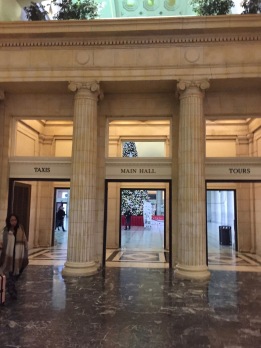 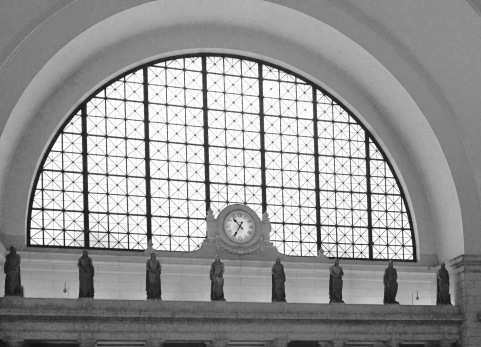 The outside is amazing too! 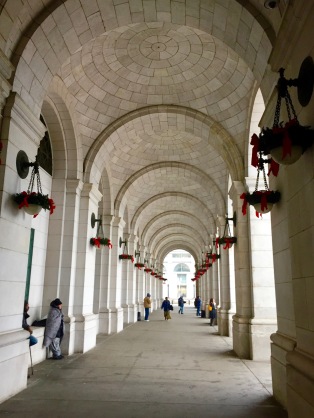 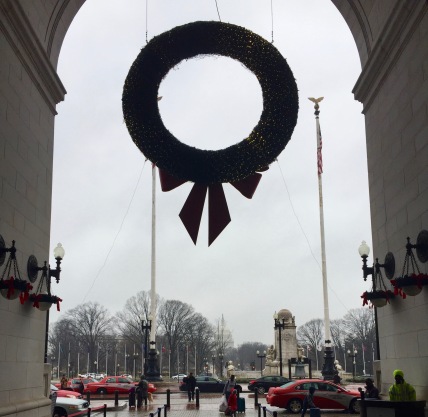 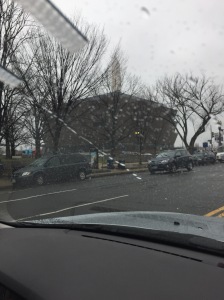 After we left Union Station we drove along the National Mall. Here’s a picture of the National Museum of African American History and Culture. One of these days I’ll make it inside!

Next we headed to Arlington Cemetery. I’ve been there several times and it always so moving. This is the first time I’ve visited during Christmas when all the wreaths are out on the graves.

Christine and I decided to brave the rain and take a walk. The first picture is on our way to visit John F. Kennedy’s grave and the second is a view of the Lincoln Memorial from JFK’s grave. 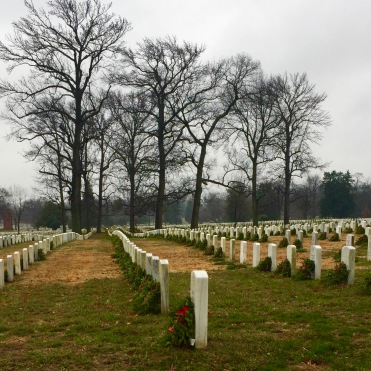 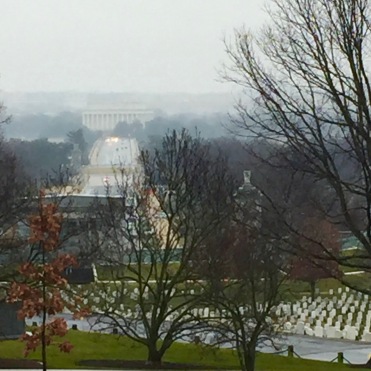 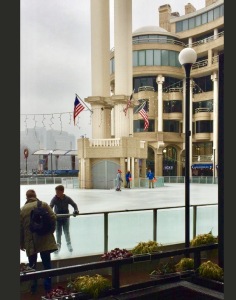 At lunch we had a view of an ice skating rink and the Potomac. After lunch we decided to head to Mount Vernon, George Washington’s home. It has been a really long time since I’d been there. They have an amazing new visitors center and museum. The good thing about touring on rainy days is the lines are short and the tour groups small!

You aren’t allowed to take photos inside the house so here are a few of the outside. 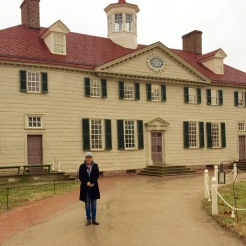 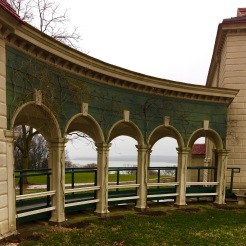 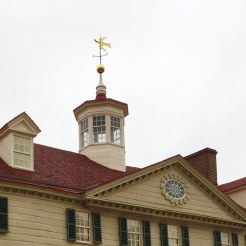 There’s nothing like touching the banister that George Washington did. It was a lovely way to spend the first day of 2017!

Readers: Do you have a favorite place to take your guests?