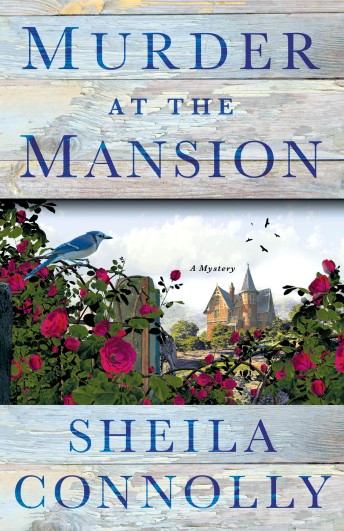 Liz Mugavero kindly offered to let me take over her slot today, because my new book in a new series is coming out today: Murder at the Mansion, the first of the Victorian Village Mysteries from Minotaur Books.

Those of you who have read any of my earlier books will know that I write mainly about New England (particularly Massachusetts) and Ireland. These are the places I know best, and in addition, I hear my relatives calling me in those particular places. (Am I kidding? I’m not quite sure.)

Why did I shift the new series to Maryland? A couple of reasons. I confess I’ve never lived there, although my parents did for a while and we did a few touristy things together in the area. In addition, the City of Baltimore was once a client of a Philadelphia firm I worked for, plus my sister-in-law lived in the city for a few years (near where they filmed Homicide: Life on the Street, if you remember that). 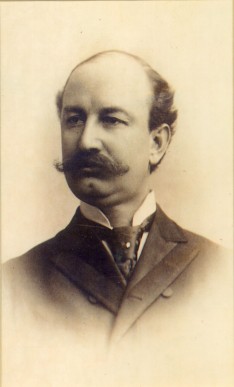 But one driving force was my great-great-grandfather Silas Barton. No, he didn’t live in Maryland (he was born and died in Massachusetts), but he fought in the Civil War, and somehow that era and the years after the war became the focus of the new series—hence the “Victorian Village” name. I kind of borrowed my great-great-grandfather’s Barton family, and bits and pieces of his history, and even his house, and then transplanted them across several state lines. One reason I thought it was time I learned a bit more about the Civil War was because the war played such a significant role in his life (he signed up when he was sixteen, with his father’s approval). He even included his military rank in large letters on his tombstone, although he never rose past the rank of corporal. 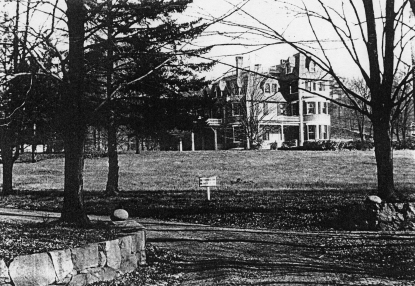 The more I dug into the history of that time, the more intrigued I became. Some things about that part of our history many of us share as common knowledge, but others we might never have heard of or thought about. Oddly enough, one thing that came home to me was how chaotic the war was. What was most horrifying was how badly planned so many battles were—and how arrogant the North was.

The assumption was that the Northern troops would march in and win easily over the South. As a result, nobody in government had planned adequately for a non-victory. Where was the food, the medical care, even such simple things as bandages? Where were the vehicles to get weapons and ammunition to the front, and then get the wounded and the cannons out again? Who was going to bury all the horses that died? So much of this was never considered by the planners sitting in Washington.

But Clara Barton made a real difference, and I’m happy to claim her as a distant relative 3rd cousin 6 times renewed–she never had children, so there are no direct descendants). She saw the problems, and she set 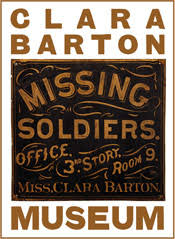 about doing something—contacting friends for contributions, recruiting nurses, and simply organizing things. It must have been a challenge: picture this upstart single woman telling military leaders what they had to do—and surprisingly often they did it. Even after the war she kept working: she wheedled money from President Abraham Lincoln to set up a department to help to find the thousands of soldiers who had gone missing during the war. Her Washington office is now a small museum, which opened in 2015, and which I visited a year ago. (For the full story, see http://www.clarabartonmuseum.org/)

It was such a compelling story that I had to include what she did after the war as a key element in Murder at the Mansion.

Writing about a place I didn’t know well was both liberating and challenging. I had to do a lot more research, especially because I like to get the details right. But without that research I would never have known Clara Barton’s story.

Of course there’s a murder and some romance and old friends and a quest to save a small rural town that’s rapidly going broke.

Reviewers have been more than kind:

“Exceeded my expectations. It blew me away. I will definitely be picking up the next one.”―Night Owl Reviews

So I must have gotten the details right!

Writers, do you have a favorite ancestor, relative or friend (or even someone you hate!) who begs to be included in a book? Or a place that demands to be used as a setting? What about a single historical event that captures the spirit of an era? Readers, can you tell when some of a book’s details come from real life rather than book (or Internet) research?

For more details about Murder at the Mansion, see http://www.sheilaconnolly.com

View all posts by Sheila Connolly